9) Not allowing the power of silence. Silence is an important tool in negotiation. It is powerful because most people are so uncomfortable with it that they will speak again before they allow the prospect to answer. When you ask a question, allow the prospect to have time to think about the answer. If you don’t, you have lost control of the conversation and more importantly, some people need time to think before answering, for those people, you have interrupted their train of thought. Stop talking!

8) Not uncovering the next steps clearly enough. Some of us are sharp enough to know that we should ask what the next step is when on a sales appointment but there is more to it then that. For example if you asked the question, “If I come back with a proposal you like, what will happen next?” (good question by the way) and they say, “we’ll move forward” you would probably assume that means sign the deal…are you sure?? Move forward could mean lots of things so make sure you understand what it is specifically.

Don’t assume it means sign the deal without asking because you know what happens when you assume.

7) Putting a proposal together before understanding all that should go in it. I am floored how many people still do the show up, ask a few questions and ask for the “privilege” to come back with a proposal. What exactly are you proposing? Don ‘t get caught up in the “if I can show them all the great things we do they will buy” syndrome. They will buy what is relevant to them and only then!

6) Not utilizing relationships they have in the community to form alliances to help get them introduced to a potential prospect at a higher level then they may be able to get to alone or by just cold calling.

5) Defending your product or service. If someone asks why you did something or your organization made a particular decision, don’t defend the decision, ask why they are asking? Don’t assume you know why. You can get yourself if deep trouble that way.

4) Not asking for a referral because you are uncomfortable. This is an unbelievable reality to me. The #1 complaint I hear from salespeople is they hate cold- calling. Then get yourself out of the cold-call business and start asking for referrals. The two reasons why we don’t get more referrals are: 1) we don’t ask and 2) we don’t ask properly! You must be specific about who and what you are looking for. No one knows better the
n you what a good referral looks like.

3) Don’t set an agenda for a meeting. If you are calling on someone and you go in with the attitude that you will “wing it” you are in trouble. No one respects your time if you don’t respect theirs. Set an agenda, discuss it with them at the beginning of the meeting and get their agreement. They will also be on the same page with you and not an adversary. 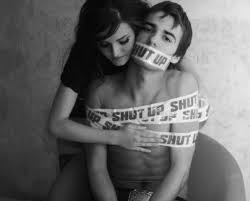