Are Salespeople Born or Made? 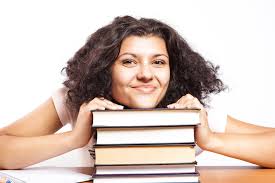 Are salespeople born or are they made? I hear this question a lot.   Surprisingly, the answer is “made.” Believe it or not, there are learned characteristics that help catapult success in sales.   And they aren’t what you think.

That being said, the other characteristics are based on beliefs and influence the ability to sell.

“If the economy shifts downward fifteen to twenty percent, and your goals were based on last year’s figures, how should your goal numbers change?”

“If a prospect say’s she’s unwilling to work with us because of a bad past experience, but you know the company is different now and has corrected the problem, what would you do?”

“When you’re shopping for a large purchase, what’s your process like?”

There’s a whole bunch of other characteristics, but these three are interesting because most employers don’t look for them. Instead, they look for someone who’s outgoing, a “real people person”. Not only is that a not what to look for, but it can hurt you because the salesperson’s underlying beliefs are unknown.

Oh, by the way… when you ask the questions posed above, these are the answers you want to hear:

So no matter how friendly and outgoing someone is, don’t confuse it with the characteristics of a good salesperson. If he has some of the above characteristics, he can be taught to sell—even if he’s the quiet and reserved type!